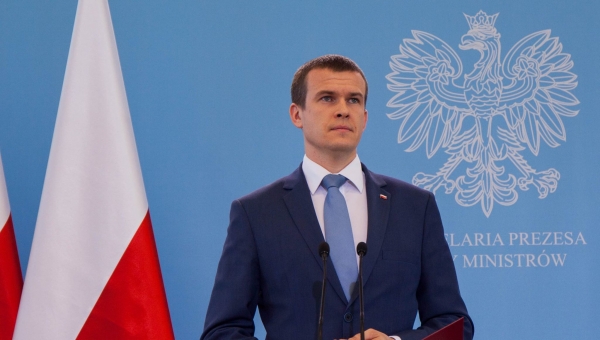 It is certain now! The head of Polish sport will represent 47 member states of the Council of Europe. Witold Bańka was unanimously supported by all countries represented in the Ad Hoc European Committee for the World Anti-Doping Agency (CAHAMA). Never before has any Pole been elected to the world’s anti-doping structures for a position of such significance.

Entrusting the function of a member of the Executive Committee to Minister Bańka is a result of widespread recognition for the activities of Poland and the head of the Ministry of Sport and Tourism in the fight against doping. In 2016, the Ministry, headed by the Minister, prepared an innovative draft law on combating doping in sport. It provides, among other things, for the creation of a modern and comprehensively equipped Polish Anti-Doping Agency. The draft was adopted by the government on 20 December 2016.

The fight against doping is one of the most important activities in the field of professional sport, and WADA plays a key role in this context. The participation of Minister Bańka in making strategic decisions within this organization will strengthen the image of Poland as a country fighting against negative phenomena in sport.

The World Anti-Doping Agency (WADA) is the most important organization for combating doping in sport. It was established in 1999 at the joint initiative of the International Olympic Committee and the public authorities around the world who have signed the declaration on this matter. WADA’s task is to set and monitor standards in the fight against doping. The Agency’s flagship project is the World Anti-Doping Code and supporting documents, international standards that work together to harmonies action in the fight against doping.

The WADA Executive Committee is one of the statutory bodies of the organization, along with the Management Board, whose composition is based on the principle of equal representation of the sports movement and public authorities. This means that the 12-member Committee is composed of six representatives of the sports world and governments designated by each of the continental organizations. The Chairperson and the Vice-Chairperson of WADA also have a seat on the Executive Board. European governments are represented there by the candidate indicated by the Council of Europe.

The nomination of Minister Bańka is the result of a decision taken by the cooperating countries within the Council of Europe. The decision was taken by consensus.

Importantly, the work of Minister Bańka in the Executive Committee of the World Anti-Doping Agency will have a positive impact on Poland’s position on the international arena, both in the field of sport and in the context of building wider bilateral relations with other countries and international organizations. Representatives of the International Olympic Committee (IOC Vice Chairman), national Olympic committees and international sports federations (e.g. FIBA Secretary General), among others, take part in the work of the Committee. The meetings of this body are also attended by representatives in the rank of Minister from Australia and Japan, among others, as well as a representative of African countries.

Composition of the Committee

The text and photo downloaded from www.msit.gov.pl